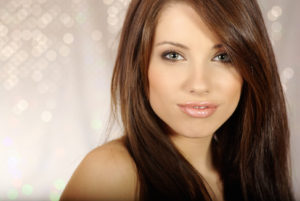 Rhinoplasty cosmetic surgery can be used to treat enlarged turbinates. Turbinates are thin, long bones that protrude outwards from the sides of the septum within the nasal cavity. These turbinates appear at tiny, curled knobs at the ends.

During the pre-operative consultation, the surgeon will assess the patient’s condition and determine if they are a candidate for enlarged turbinates surgery.

Turbinate rhinoplasty helps address turbinates that have become swollen due to allergies or irritants. Sometimes, a turbinate may become constricted because a deviated septum pushes it to one side.

As a result, the turbinate in the other airway in the nose becomes bigger to compensate for the constricted turbinate. This leads to further breathing problems.

Some surgeons prefer treating enlarged turbinates by removing tissue to reduce their size while others do not eliminate any tissue. Rather, these surgeons break the turbinates in the outward direction.

But fracturing a turbinate outwards and away from the septum and setting it in place helps create a larger passageway. This enhances the process of breathing and enables the turbinates to function properly.

The patient can undergo this procedure in the surgeon’s office or an operating room. In general, septoplasty and turbinate resection are undertaken together.

The complete removal of a turbinate can adversely impact the overall function of the turbinates leading to a very crusty and dry nose. Sometimes, the turbinate tissue re-grows after the plastic surgery, which may require another procedure. This is still a better option in comparison to full turbinate removal.

Some of the techniques reduce the turbinate size without involving the elimination of turbinate tissue or bone. These techniques include coblation, cauterization, and radiofrequency reduction among others.

These procedures involve warming a portion of the turbinate via a specialized device. In some time, the turbinate will constrict due to scar tissue formation because of the process of heating.

Alternate procedures can help remove a portion of the turbinate. It is crucial to allow sufficient turbinate to remain in the nose in such procedures. This will enable the remaining turbinate to warm and moisten the air entering the nose.

Submucosal resection is a standard technique to treated enlarged turbinates. This method involves leaving behind the turbinate lining while the turbinate “stuffing” is taken out.

To schedule a consultation with Board Certified Dallas Plastic Surgeon, Dr. Farah Khan please call 469-437-5426 or click here to contact us.