This patient is a 52 year old female who had undergone breast augmentation by another surgeon approximately 20 years prior to presenting to us. She had developed a capsular contracture shortly after the augmentation and had been “treated” 3 times with closed capsulotomies but unfortunately, this made her contracture even worse when the capsule re-appeared. I performed a complete open capsulectomy (anterior and posterior) along with exchange of implants. Note the marked improvement in her breast shape and appearance. 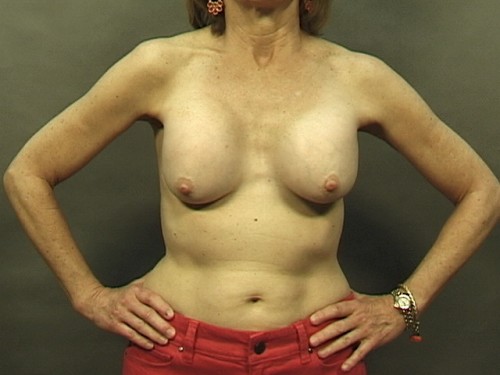 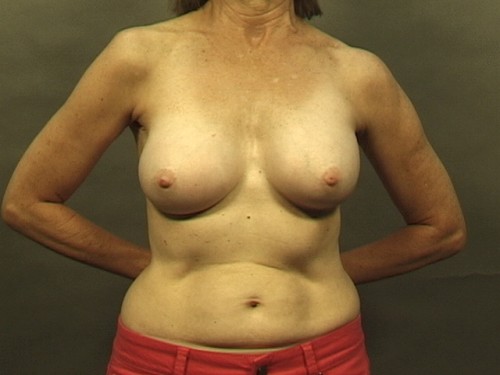 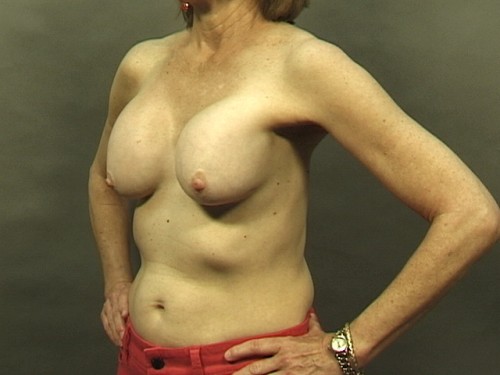 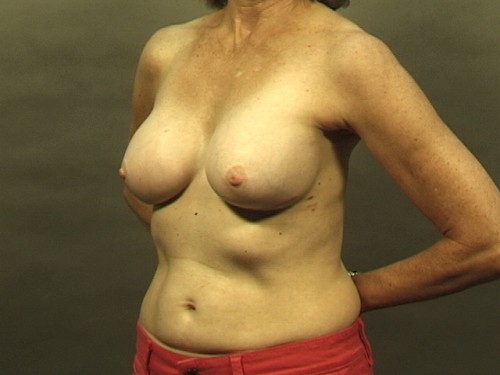 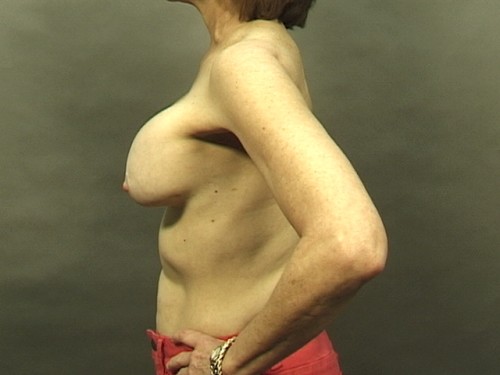 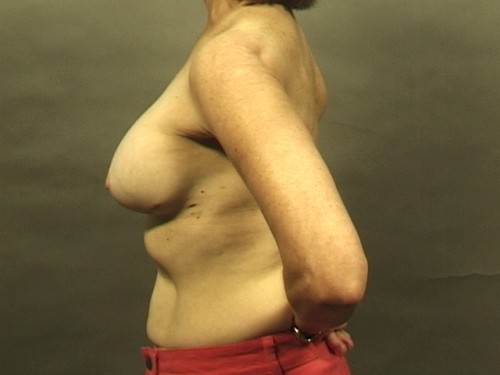 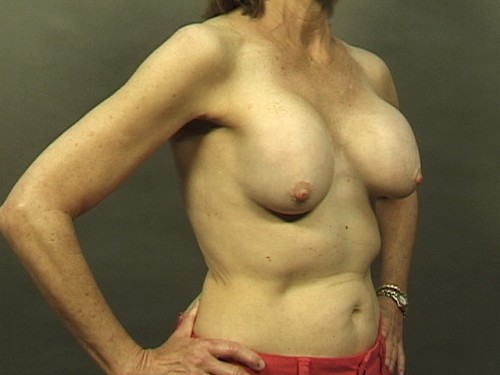 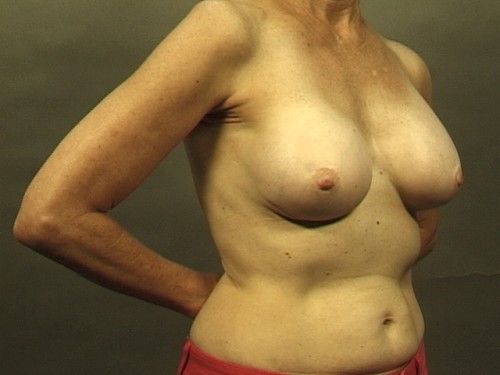 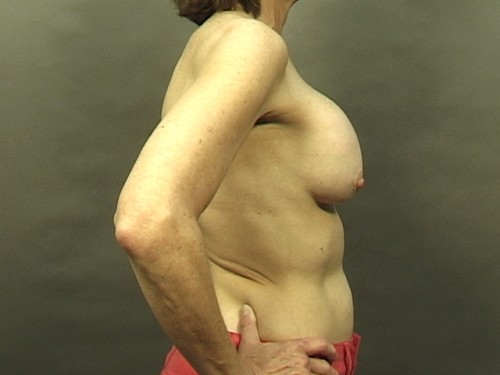